Hello all. So glad to have a nice reason to post, and this is a good one.  Often we are contacted by persons who have inherited their Duff Tweed carvings from parents or relatives.  Each story shares the enjoyment the people get from owning and displaying Duff’s work.

I was contacted by Debbie back in December of 2012.  She had just Google searched “Duff Tweed” and found our blog and the many posts we have made these past few years.  We continue to get the same type of feedback from other people who have inherited Duff Tweed carvings.  Each can recount how their mother, or father, or cousin had them hanging in their office or home.  More importantly, they were the pride and joy of the room, and in some cases, the home.

When Debbie wrote to us, here is what she shared in her own words:

My father died in 1979. As long as I can remember behind his office desk were three Duff Tweeds, hobo's with Wall Street Journal Backgrounds. When he was dying he said, don't let anyone get the Duff 's (meaning people who worked for him). I still have all three. The dates on the Wall Street Journals are from 1973. My father must have bought them from him personally as they were always the only personal items I ever remember him caring about, he always talked about how Duff worked at Disney. For years I tried to find out about Duff and never could seem to find anything, until today for some reason I googled his name!

We normally post the pictures of Duff's carvings first, then say thanks, but today we’re switching things up.

Here is a huge shout out to Debbie for sharing such a personal moment in her and her Dad's life with all of us in Duff Tweedland. AND for sharing the three very cool Duff Tweed carvings pictured below.

One you have never seen before and another is painted unlike any other we have shown in this blog.  We have posted them below with no commentary.  We want Debbie's words to speak for the pieces! 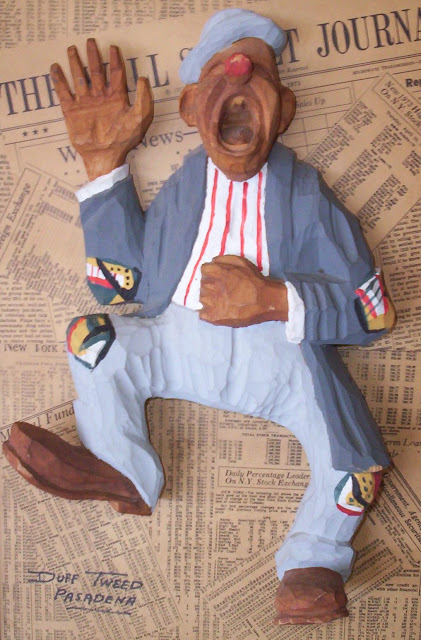 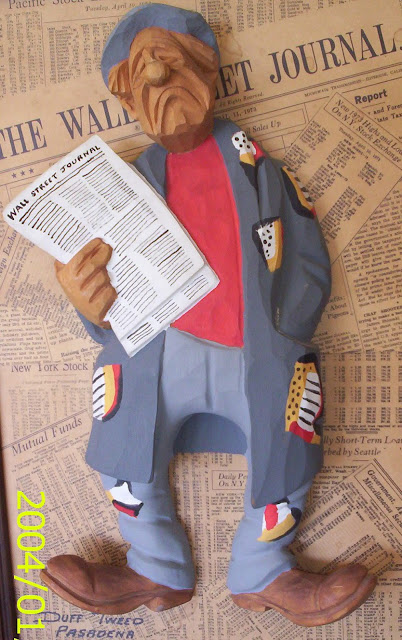 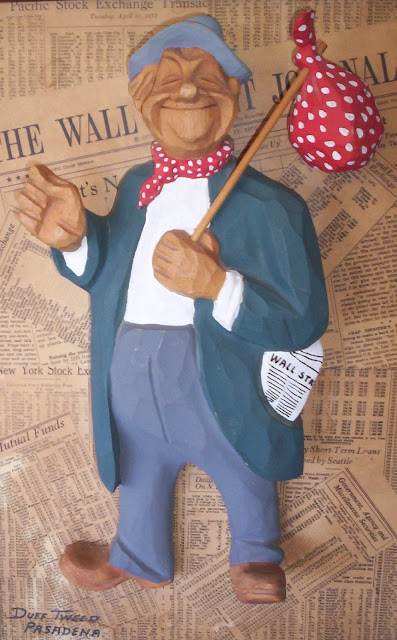 We love them! Is that commentary? Hehehe. As always, thank you for visiting the blog.  Hope you are all well and fair well throughout this winter.

We'll be back as soon as we have something interesting and Duffy to share!

All the best!
-Joe
Posted by Duff Tweed Carvings at 10:33 PM No comments: