To Duff or not to Duff is the question!

In my last post I mentioned a set of six old WWII soldier carvings that I saw on Ebay in early 2010.  When communicating with the owner, I learned that they believed they were characters carved by Duff Tweed after they found other carvings by Duff online.  I had a difficult time deciding whether or not to purchase them and in the end decided I did not believe them to be Duff Tweed carvings.  It was the faces that ultimately made me think these were not Duff's work.  However, I have since heard Mr. Tweed did carve soldiers and thought it better to include these pictures in the blog.  None of the pieces are signed, but do resemble the Slaughterhouse Four carvings in color and finish.

Below is a picture of "Slim" of the Slaughterhouse Four and a soldier for comparison purposes. 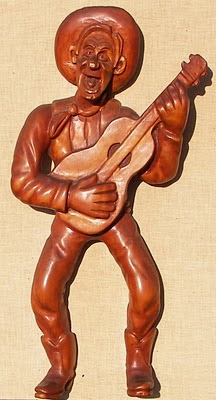 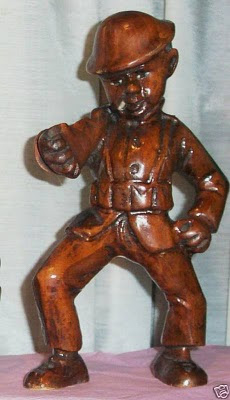 Now you can take a look at the remaining World War II soldiers carved below and judge for yourself. I'd truly appreciate your comments and if you have some knowledge these are authentic Duff Tweed carvings, please feel free to comment at the end of this blog entry or shoot me an email. Thank you!!! 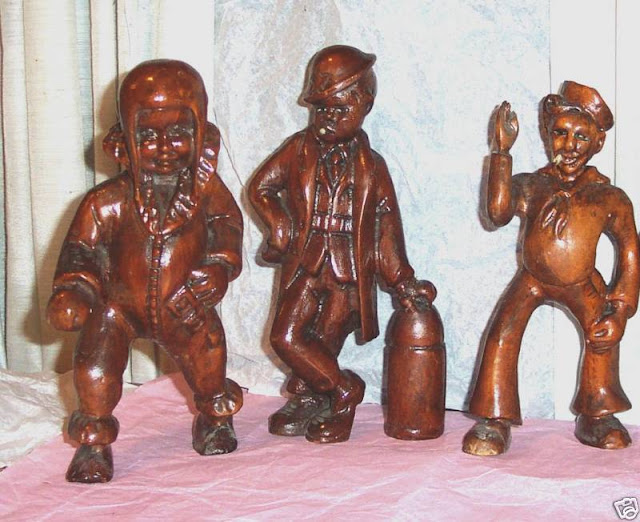 They are neat looking carvings in any event, but for me it's all about the Tweed! 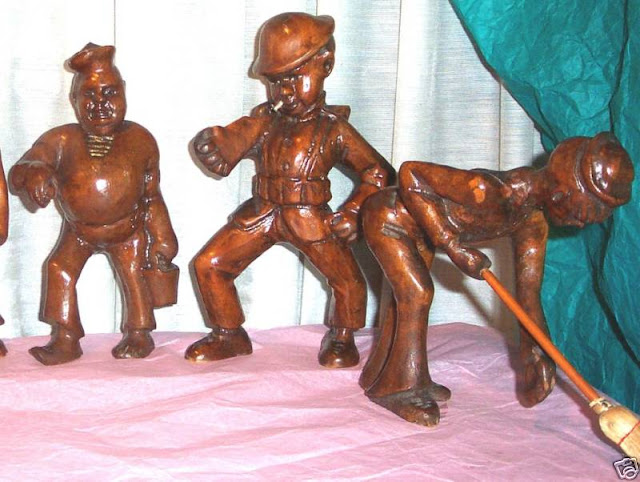 Hoping to have more to share this month. Working on a couple of Duffy deals!
Will share if they come to fruition.