We hope you have been having a fantastic summer.  We have been out golfing like crazy...which inspired us to FINALLY post this entry.

We were contacted earlier this year (April 2016) by a wonderful lady named Cyndie who was preparing to move from Tennessee and was looking to "clean house".

"I have 2 carvings that my father got from Duff. One is the Low Bidder that is signed. The other is the Wall Street journal.  I forgot to mention that my father and Duff were personal friends when we lived in Los Angeles. I would rather them go to someone who appreciates him and his work.

Enclosed are the pictures of the carvings we spoke about. Here is the story...

My father Don Taylor was the president of the largest mechanical contracting company in the world and had projects all over. While living in Glendale California in the 70's he met Duff Tweed. Since my father is no longer living I cannot give his story. I believe he met him through Lee Trevino who was our neighbor. If it was not Lee it was Jerry Lewis who dad bought his 42 foot cabin cruiser from in San Diego. Duff and my dad became fast friends and spent many hours socializing at our home and his. Since my father was a bidder he gave him the low bidder as a gift when we left LA. As you can see he put his address and phone number on the back. This has been with our family since that day."

Cyndie kindly went on to explain that her father used to golf with Duff Tweed, Lee Trevino and Evel Knievel.  What a foursome that must have made!  Would have loved to have tagged along with them.  You can sense the greatness in Cyndie as well when speaking with her.  Her father passed along his special qualities to her; she was a joy to communicate with.  Past collectors who have contacted us have also shared the fact that Duff mixed with a lot of the affluent people and well known actors of his time. Mr. Tweed was pretty well known in his own right, too.

OK, I know many of you really come to see Duff's carvings and illustrations, so here we go: 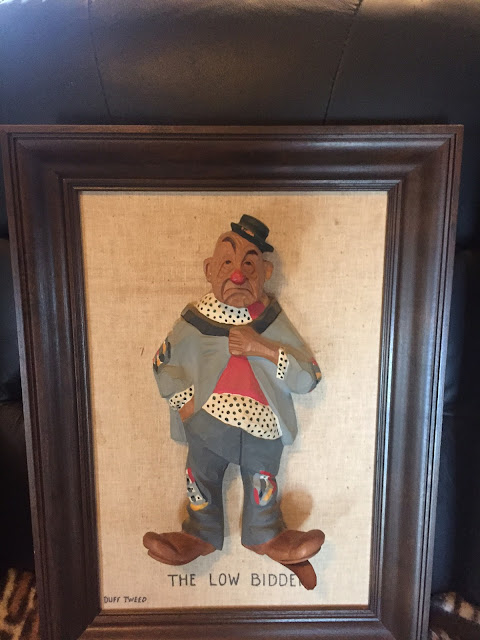 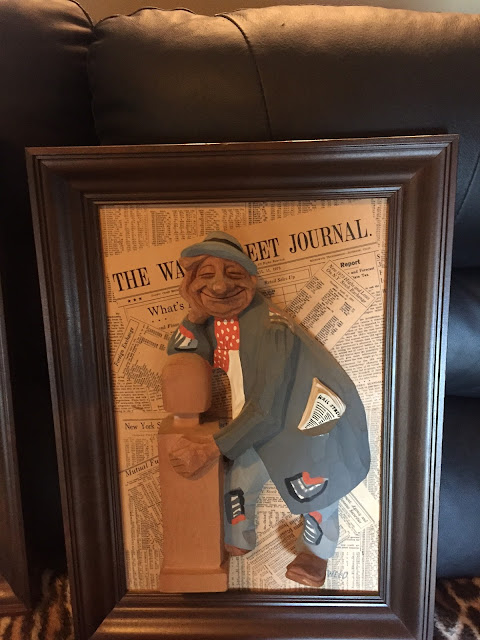 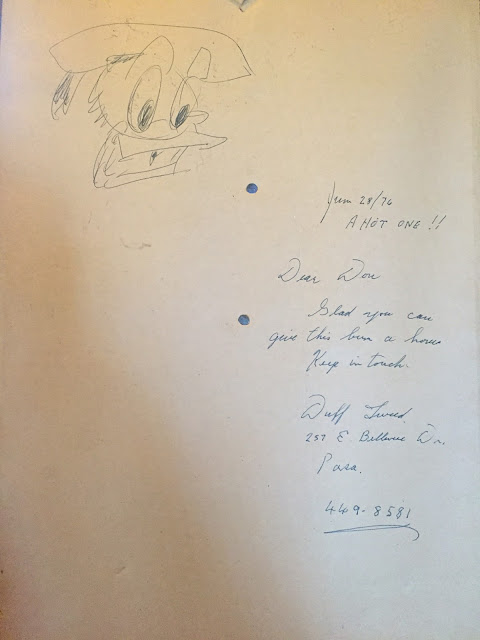 So here is a huge and well deserved shout out to Cyndie for not only sharing her father's history and Duff Tweed carvings with us, but for selflessly adding them to our collection honoring her fathers memory which now lives forever here with us.  You rock Cyndie...great energy.  Sorry for how long it has taken us to get your wonderful story and carvings posted!  Thank you for your sharing and patience.

We have a couple of additional collectors whose stories are quite overdue for sharing.  We will get to them as soon as possible.  In the meantime, wishing you each a daily life of ease and comfort.